On the 15th of December EU leaders will gather with Eastern Partnership countries to discuss security issues regarding on the Eastern flank of Ukraine, the covid pandemic and economic recovery. The EU’s policy towards its eastern neighbors Armenia, Azerbaijan, Georgia, and Moldova and Ukraine has been –to say the least- ambiguous. Political rapprochement has been slow despite efforts from the Eastern partners to strengthen ties with the EU. What new hopes can the end-of-the-year summit bring? 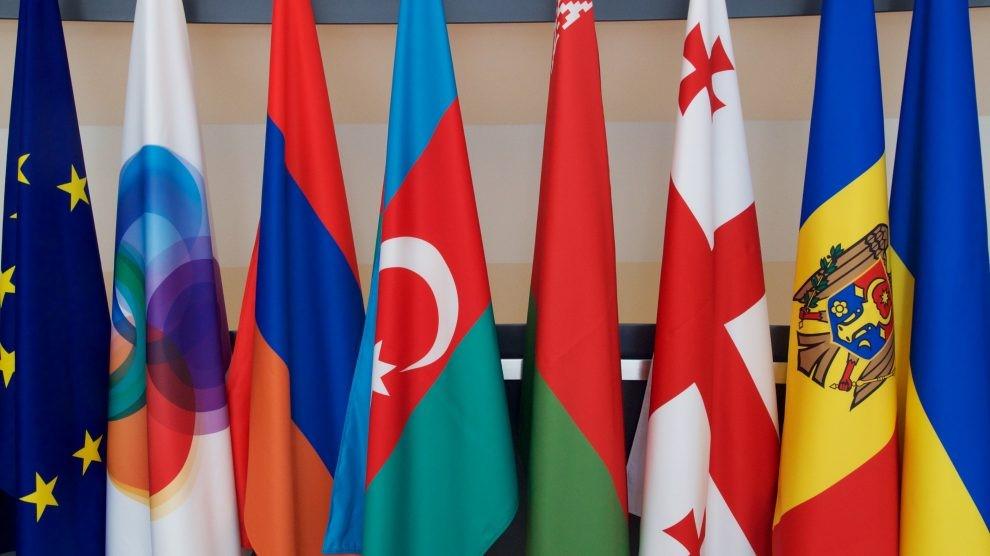 Some EU members would like to see a strong joint declaration circulating before the summit, however there has been growing frustration from the partners side as no draft conclusions have been announced. While EU reluctance is clear, the Associated Trio (Georgia, Moldova and Ukraine have banded together in order to speed up and kick start their integration into the EU’s economic bloc. Support has been visible from new EU members and small countries from the Baltics and the Central European region. Interestingly domestic politics could take a toll on short-term prospects for the region, since upcoming elections in France with a high number of Armenian diaspora. High Representative Josep Borrell declared that the summit will deal with “fundamentals”, such as the situation of human rights, democracy, anti-corruption and institutions for rule of law as well as post-covid economic recovery. The issue of hybrid conflicts, disinformation from external parties and harmonization of vaccine certificates will also be on the agenda. Naturally more recent security issues such as military movement on the Russian-Ukrainian border and illegal migration coming from the Belorussian border will raise sensitivities between the EU and its Eastern partners.

Naturally the EU will want to see more effort put into institutional and security sector reforms along with several new policy targets. This includes economy, governance, environment, green and digital and social transition put into the framework of recovery, resilience and reform. Concrete proposals include supporting small and medium-sized enterprises, public transparency, infrastructure development such as 3000 km of new railroads, exchange programs for youth and researcher. Regarding security the EU wants to see more on how its partners can tackle hybrid threats including cyber-crime and providing safe and affordable internet-access to citizens. Regarding public services, reducing energy consumption and providing safe water as well as improving overall healthcare are part of the priorities running up to 2025. The EU is providing a €2.3 billion Economic and Investment Plan for the Eastern Partnership to deliver on these targets with concrete projects.

While financial support is important, it will be up to the EU’s neighbors to develop and deliver in order to increase economic convergence and infrastructure development. The December Summit will definitely be decisive on how other countries see the EU, while it is also grappling with harsh realities such as covid, illegal migration, climate change, economic recovery and internal cohesion. The ultimate question will be, how engaged the EU wants to become in its Eastern Neighborhood and how a weaker engagement will affect its own security and posture in the world. This is especially true, in light of Belarus deciding to temporarily quit the partnership in June, and now stirring up hybrid conflict involving migrants on the EU’s borders. Hopefully partners will understand the current realities and face common challenges in a harmonized way, especially in providing tangible border assistance to the Baltics and Poland. The border situation affects not only the EU itself, but the stability of its wider neighborhood too, including its Eastern Partners. All eyes are now on the leaders.