The past week for the European Union has been filled with diplomatic engagements, bilateral disputes and harsh political statements. When will Western Balkans enlargement grow into a real perspective? 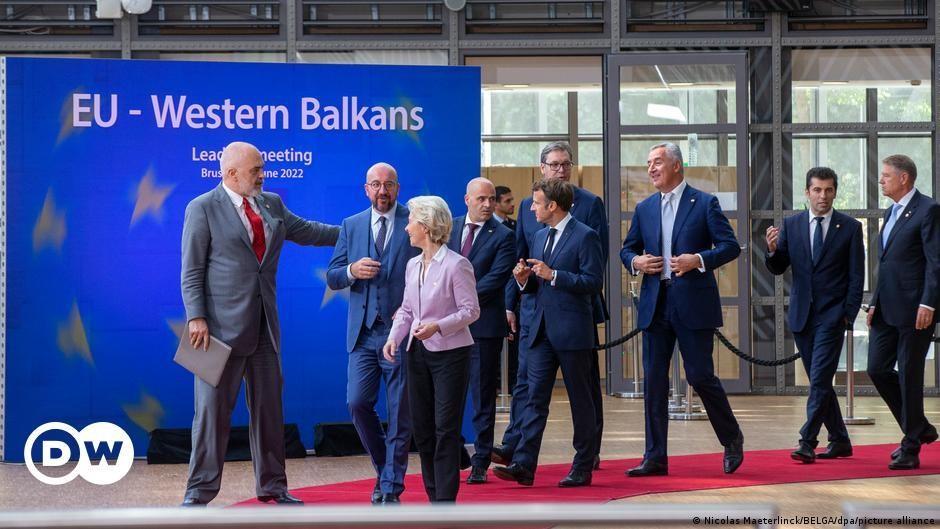 The Western Balkans Summit held last week was not short of political gives and takes, especially with Bulgaria first vetoing accession talks for North Macedonia, after a couple of days, taking steps to uplift its politically motivated objection. North Macedonia referred to the failed summit as a blow to the EU’s credibility, Albanian Prime Minister outright called Bulgaria a “disgrace”. Russia’s war with Ukraine has made the whole enlargement process more complicated, while providing Ukraine with a clear European perspective is extremely important, older candidate countries would see differing requirements (harder for them, easier for others) a problem of European political credibility questioning their decade-long institutional reforms.

Macron’s reform plan which would create a so-called European Political Community received mixed reviews from those outside the block. Closer to the concept of a “European concert of nations”, it would be a format to hold regular meetings on common issues of the European continent. This would be a possible EU+ format entailing a wider Europe, the EU’s neighborhood and close strategic partners. The French President stated the club would explicitly hold members which share the EU’s “democratic values”, however how these values are defined is another question.

Nevertheless, reviving close cooperation is a beneficial idea, however those must be treated more seriously who have initiated name changes (Prespa Agreement), judicial and political reforms such as Albania or North Macedonia. The accession chapters should be dynamically advance forward while providing enough benefits to the countries in the waiting line. War-ravaged Ukraine is again a special case since it is currently fighting for national sovereignty. Only in a stable situation can the country focus on necessary anti-corruption and rule of law reforms, requirements it first must fulfill to become a full-fledged member of the European Union.

Former Greek head of state Tsipras said the EU would suffer serious geopolitical consequences if it cannot make a joint decision on the Western Balkans. Many EU members and MEPs call for unanimity in decision-making in foreign affairs, however, they are deaf-silent when it comes ensuring a clear path to the Western Balkans, as if it were not a priority. Naturally the new member states would create a leverage of Central and Eastern Europe vis-á-vis older member states. This should also reflect new realities in political decision-making and increase the political weight of Eastern Europe.

What happens after Bulgaria lifts its veto is still unknown, including Kosovo’s visa liberalization and Albania’s and North Macedonia’s EU membership. However, if the EU regularly fails to provide the former with concrete integration plans, it not only risks of becoming incompetent, but irrelevant in the eyes of Russia, China and the US. Quick action would curb nationalistic tendencies, create a regional sentiment for integration which would be beneficial not only for the region, but national minorities living in those countries, that borders are no longer an issue, since solving the “border problem” of the Western Balkans through the Schengen-system would be the most significant step in creating long-lasting peace in the region. Hopefully EU leaders will learn from past mistakes and become forward-thinking in the short-term. The moment is now or never.