On June 15, 2022, the Council of Europe Advisory Committee on the Framework Convention for the Protection of National Minorities published its Fifth Opinion on the Slovak Republic. The report criticizes Slovakia, among others, for the discrimination of the Hungarian national minority, and specifically addresses the contemporary application of the Beneš decrees on the confiscation of private property targeting Hungarian and German minorities. The references on the violations of the rights of the Hungarian ethnic community may be considered as the success of the Hungarian minority advocacy in Slovakia. 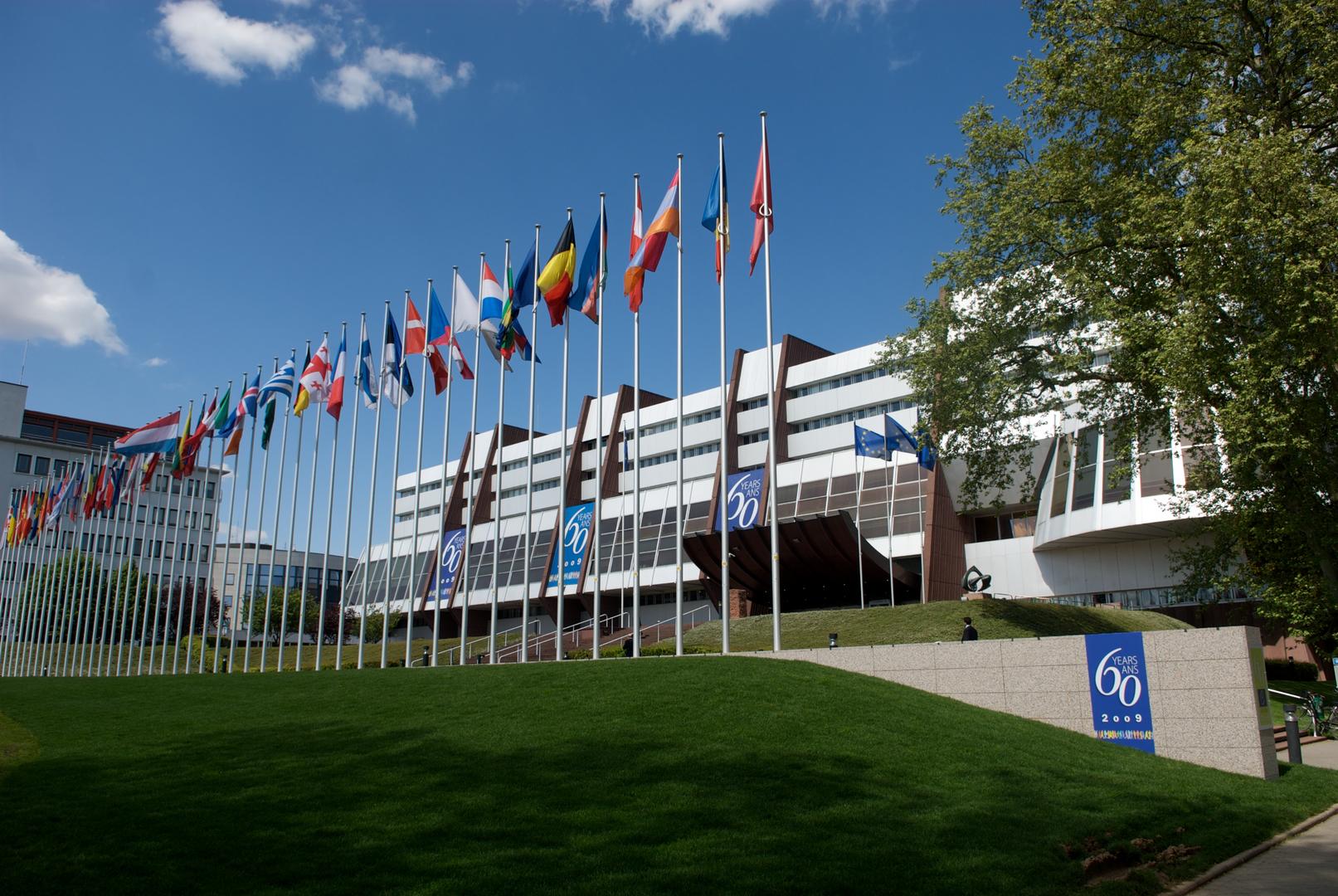 The Framework Convention for the Protection of National Minorities (FCNM, Framework Convention) is Europe’s most comprehensive treaty protecting the rights of persons belonging to national minorities, and the first legally binding multilateral instrument devoted to the protection of national minorities worldwide. The implementation of the FCNM is monitored every five years. The Advisory Committee on the Framework Convention (ACFC, Advisory Committee), a committee of 18 independent experts, is responsible for providing a detailed analysis on minority legislation and practice and for adopting country-specific opinions.

The fifth monitoring cycle of Slovakia started in early 2019 with the submission of the Slovak country report. The Advisory Committee's country visit usually takes place within a year, however, due to the coronavirus pandemic, the process was significantly delayed, and the on-site visit of the ACFC delegation could only take place in September 2021.

ACFC stresses in its opinion that Hungarians and Roma continue to report widespread discrimination in many spheres of life (Opinion, p.65.). Even though the Slovak parliament amended the controversial Act on Citizenship, the new text maintains an approach which is perceived as retributive by Slovak citizens belonging to the Hungarian national minority (Opinion, p.39.). The ACFC asks the authorities to increase the Slovak National Centre for Human Rights’ awareness-raising activities and visibility, through inter alia the setting-up of additional regional offices in areas inhabited by Hungarians and Roma to better reach out to these two national minorities more subject to discrimination (Opinion, p.81.).

From the perspective of the human rights of Hungarians in Slovakia, the ACFC opinion recognizing the contemporary application of the Beneš Decrees is specifically important. In today’s Slovakia, the Beneš Decrees, World War II-era laws claiming collective responsibility of ethnic Germans and Hungarians, are still applied to confiscate private property of individuals purely on the basis of national belonging. The ACFC opinion notes that the Slovak authorities may still use the Beneš Decrees which they found discriminatory and claimed it creates legal uncertainty. Earlier the Slovak authorities argued that “although these decrees are formally part of the Slovak legal system, they do not establish any legal relations and are not applicable anymore”. Hungarian minority representatives, however, indicated that given the most recent legal practice in Slovakia, it is not the case anymore (Opinion, p.119.). ACFC therefore invites the authorities to enter into dialogue with representatives of the national minorities concerned about any possible negative effects on current interethnic relations of the Beneš Decrees (Opinion, p.123-124.).

According to the ACFC, anti-minority rhetoric and hate speech against certain groups, including Roma, Jews and Hungarian minorities, are still noticed and are not sufficiently addressed, therefore, stronger commitment is required to confront anti-minority rhetoric (Opinion, p.5, 136, 141.). The opinion recalls that Slovak authorities several times harassed fans of the football club DAC Dunajská Streda, a club in South Slovakia mostly having Hungarian supporters, and that symbols of the football club are regularly confiscated by the police because they contain the Hungarian national colours (Opinion, p.138.).

In relation to the Beneš Decrees, Slovakia reiterated its standpoint that “although the legal norms of that period are part of the legal order of the Slovak Republic, they were consumed by their implementation in the post-war period and are therefore now extinct and do not establish new legal relations.” The Slovak government also added that they “consider any fears of representatives of national minorities of possible adverse effects of the post-war legislation in question to be unfounded.”

This reasoning, however, is fundamentally false, specifically considering the current legal practice in Slovakia. In recent years the Slovak Land Fund has taken possession of hundreds of hectares of lands, worth millions of Euros, through the retroactive application of the Beneš Decrees. The Slovak Land Fund is constantly searching for unenforced confiscation orders in archives so it can acquire those lands. In 2020, the European Court of Human Rights, in the Bosits v. Slovakia case, also acknowledged the contemporary application of the Beneš Decrees as an existing legal practice.

Moreover, the Slovak Republic added that the expulsion of the Hungarian population after the Second World War was carried out on the basis of an international treaty between Czechoslovakia and Hungary, i.e. it was not a unilateral measure by Czechoslovakia. They argued that “both the presidential decrees and the expulsion of the Hungarian population must be seen in their historical context and in relation to the results of the Second World War”, they were “part of the post-war arrangement of Europe and cannot be perceived otherwise than in its historical context.”

These arguments are also unfounded. Firstly, the Beneš Decrees affected every single ethnic Hungarian (and German) person in the post-World War II Czechoslovakia, not just those who were transferred to Hungary. From November 1946 till February 1947, tens of thousands of Hungarians were also deported for forced labour to Czechia as the unilateral action of the Czechoslovak government. Their private property was also confiscated under the Beneš Decrees. Secondly, making sure that people with German and Hungarian ancestors are not treated as war criminals in 2022, whose private property should be confiscated, can hardly be seen as challenging the post-World War II peace settlement. Thirdly, the problem with the Slovak government’s reasoning, to see the issue only in its historical context, is that the ‘correction’ of the non-executed confiscation orders is taking place today, and thus, it is subject to current human rights standards. As János Fiala-Butora, Harvard Law graduate and international human rights lawyer, put it: “it is similar to a situation as if the state had not repealed the laws of the Nazi era after World War II and would be now confiscating the house of a man of Jewish descent, claiming that a confiscation decision was made in 1942, but was unenforced then due to some omission.”

Contribution of the Hungarian NGO advocacy in Slovakia

NGOs and minority associations have a key role in the monitoring mechanism of the Framework Convention. The Advisory Committee may in particular seek information from civil society and non-governmental organisations. They also welcome shadow/alternative reports drafted by local NGOs ahead of the country-visit or shortly after it. These shadow reports may comment on the state report submitted by the authorities, or cover aspects which have not been covered by it. The Advisory Committee may also meet civil society representatives during the on-site state visit and ask them about their experiences.

This opportunity was very well used in this monitoring cycle by the Hungarian minority advocacy in Slovakia. The Round Table of Hungarians in Slovakia, an umbrella organisation of Hungarian NGOs in Slovakia, on 28 September 2020 submitted a shadow report on the Slovak state report which was several times cited by the ACFC opinion. The shadow report was prepared by János Fiala-Butora, international legal expert from Slovakia. The ACFC opinion several times refers to the shadow report submitted by the Round Table of Hungarians in Slovakia (see e.g. points 39, 119 or 138 of the Opinion). Moreover, during the Advisory Committee’s on-site visit on September 6-10, 2021, the ACFC delegation met several Hungarian NGOs, experts, and advocates in Slovakia who also shared their professional experiences regarding the application of the Framework Convention.